Raised on the outskirts of San Jose, California on a horse ranch, Jared Allen has grown up to become an irrefutable product of his environment. At the age of eight, Jared told his father that he wanted to become a professional football player. His father’s advice: eat, sleep and breathe football until the goal is achieved. Aside from the time he spent tending to the stables; Jared took his father’s words to heart and dedicated his life to football, each and every day. Now, this four-time All-Pro, five-time Pro Bowler, two-time NFL sack leading defensive end at the pinnacle of his professional football career, has long surpassed his childhood dreams and goals. Arguably one of the top players in the National Football League, Jared’s fierce pass rushing, lightning speed, ability to get to the quarterback, and unrivaled fire and energy have made him a leader and a powerhouse in the NFL.

Throughout his youth, Jared was always the “big boy” on campus; a devastating force as Los Gatos High School’s most valuable player, racking up 96 tackles and 12 sacks his senior year. As a result of astounding statistics, Jared went on to be named to First-Team All-League, 2000 Defensive Player of the Year, and was inducted into the Los Gatos High School Football Hall of Fame.

Jared’s work ethic, passion, and desire to be the best continued to grow throughout his college career at ISU. After four straight years being named to the All Big Sky Conference team, he became known as the most prolific pass rusher in Division 1-AA football. In his senior year, Jared was even awarded the prestigious Buck Buchanan Award as the top defensive player in the nation.

After being drafted by the Kansas City Chiefs in 2004, acquired mainly for his long-snapping abilities, Jared went to work quickly to make a name for himself. He cracked into the starting lineup the sixth game into his rookie season as a defensive end and amassed a team-high nine sacks by the end of the year. In 2011, Jared led the NFL in sacks at an incredible 22 for the season; just a half a sack away from tying the NFL record for singles season sacks. He dominated the defensive line, becoming one of the most feared by quarterbacks in the league.

Amazingly, Jared’s impact off the field rivaled his contribution to the game. It wasn't the paycheck, the stats, or accolades that define Jared’s character-it’s his insatiable appetite for life, his devoted love for his country, and his family, and his fervent desire to give back. When the six-foot-six, 260-pounder wasn't hunting quarterbacks from the defensive line, or adhering to a rigorous training regimen in the off-season, he could be found with a hearty smile, hanging out with his wife and daughters.

During his time in the NFL, Jared's bold spirit led to many adventures off the field. From red stag hunting in New Zealand, running with the bulls in Spain, skydiving in Arizona, zip-lining through the rain forests in Costa Rica and filming a bear hunt in Idaho for his national television show, “Relentless Pursuit”. Jared’s love for hunting lead to the development of his very own cookbook called Quarterback Killers Cookbook, which was published in 2010 and featured page upon page of creative wild game recipes.

Growing up with tremendous respect for his family’s commitment to service in our Armed Forces, Jared decided to take part in a USO tour to Iraq in March 2009, and it would change his life forever. Humbled by the dedication, commitment, and sacrifices our men and women make every day to protect our freedom, he knew he had to return to the States and give back in a big way. Thus, in 2009, Jared Allen’s Homes for Wounded Warriors was formed, as a non-profit organization created for the sole purpose of raising money to build and remodel injury-specific, accessible and mortgage-free homes for our injured United States Military Veterans returning from Iraq and Afghanistan. This massive guy with an even bigger heart has vowed to do anything and everything within his power to make sure that our wounded war veterans, who suffer from injuries sustained in battle, will not have to struggle in their own homes.

With the dedication he displays to his team and to his community, it is no surprise that Jared has become a media and fan favorite not only within the NFL but all of sports and entertainment. His popularity, combined with his unique style, has made Jared a “go-to guy” for local and national media across the board. A mass communications major at Idaho State, Jared is a natural in front of the camera and is heavily sought after by producers and talent bookers alike. He was featured on ESPN’s “Unmasked,” as well as a guest commentator for ESPN’s Monday Night Football. Jared has served as a co-host for ESPN’s NFL Countdown where Kenny Mayne highlighted Jared’s sense of humor in an episode of “Mayne Street.” Jared also starred on the hit sitcom, “The Game,” and had a cameo role in the film “Jackass 3”. Jared’s episode of MTV’s “Cribs” was a favorite of the 2009 season and garnered close to 86 million viewers. He also co-hosted the TV Show “Sports Soup” which ran on Versus Network. Nationally, Jared can be seen in ESPN’s Monday Night Football commercials, NBC’s Sunday Night Football commercials, and an EA Sports’ Madden commercials and more. Other television appearances include the NFL Network, FOX Sports, FOX NFL Sunday, ESPN’s “First Take,” ESPN, NBC Sports among others. Additionally, Allen has been featured in issues of ESPN the Magazine, Sports Illustrated, Sporting News, Sports Illustrated for Kids, Men’s Health, Men’s Fitness, Maxim Magazine, Field & Stream, and more.

To those who know him best, Jared will always be the adventurous farm-boy and a loving husband and father whose benevolence has positively changed the lives of our severely injured military veterans. Jared is much more than the classic “big guy” with a “big personality,” he is an NFL legend, a loving and devoted father and husband, a philanthropist, and a truly humble man with an unwavering love and respect for his country whose impact will be felt by many for years to come. 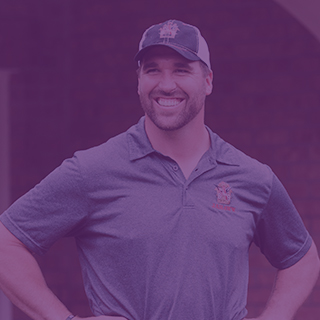 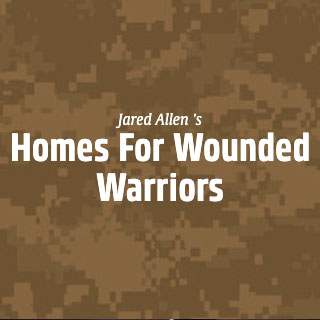 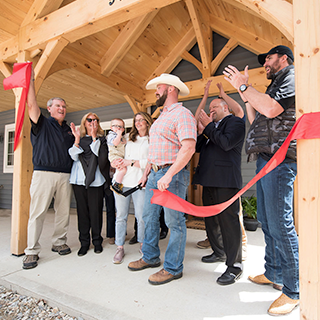