Like his famous mullet, Jared’s curling career started with some tough talking – the gumption to back it up – and a bet between friends. But, only a bet made with Jared Allen could result in a run in the 2022 Winter Olympics.

Three years after retiring from the NFL in 2016, Jared set his sights to earn a shot at a gold metal in curling with a team of NFL Pro Bowlers with three former NFL players in quarterback Marc Bulger, linebacker Keith Bulluck and offensive tackle Michael Roos, adopting the name, All-Pro Curling Team.

The former footballers are as dedicated to throwing the stone, as they once were to tossing the pigskin. For the All-Pros it was important to take the game seriously and respect the players that spent their entire life finding their tempo to prove this wasn’t a PR stunt. For Jared bringing home the gold is not about staying relevant, it’s about staying challenged with something new. So when he’s not spending time with his wife and daughters, you’ll find Jared back in Minnesota, on the ice finessing the critical nuances of curling strategy.

Although critics might say his Olympic aspirations are lofty, if there is one thing we know about Jaren its, never bet against #69.

Retired NFL star Jared Allen formed a curling team with other former players. They're aiming for the 2022 Winter Olympics 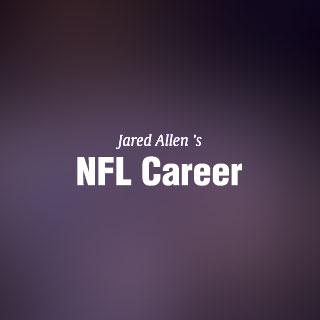 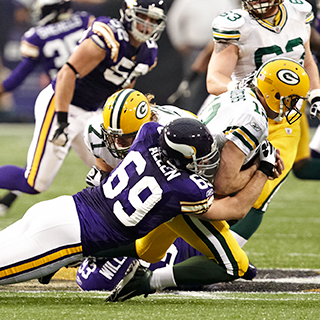